Why you should stop multitasking immediately

Stop trying to do everything all at once. Seriously.

Our brains have become fine-tuned to seek instant gratification by checking a status update rather than the long-term satisfaction of a task completed.

It’s killing our emotional intelligence and our IQ.

In a recent Forbes.com article, Travis Bradberry, co-author of Emotional Intelligence 2.0, investigated the negative effects of multitasking—specifically, how it damages the brain, decreases performance and actually makes us dumber.

“Allowing yourself to multitask will fuel any existing difficulties you have with concentration, organization, and attention to detail.”

Some key facts that stood out from Dr. Bradberry’s article include:

If you’re trying to become a top performer in your field, that last fact is rather alarming. TalentSmart tested more than a million people and found that 90% of all high performers have high EQs.

So if you love to multitask but you wonder why you’re not progressing in your career, there’s a solid correlation between the two.

People who multitask are “suckers for irrelevancy,” says communications Professor Clifford Nass in a fascinating study done by Stanford University.

In the study, those considered “high multitaskers” struggled to ignore anything that was deemed “distracting” by the study. On the other hand, “Low multitaskers” retained more “relevant information” because they had less to sort in their brains as the study progressed.

Says associate professor Anthony Wagner, “When they’re in situations where there are multiple sources of information coming from the external world or emerging out of memory, they’re not able to filter out what’s not relevant to their current goal.”

Hold up. Unable to filter out what’s not relevant to their current goal? No wonder our productivity is shot while our busy-ness is through the roof!

We are bombarded by information. We struggle to filter out what’s irrelevant. We waste time focusing our thoughts on the unimportant to the task at hand. We exhaust ourselves. We don’t achieve our goals.

“But I’m really good at multitasking. I get more done when I do it.”

Are you sure? Try this:

Start a stopwatch and time yourself writing the letters of the alphabet A through Z in order, then the numbers 1 through 26 in order. How long did it take?

The result? It took me on average 9.5 seconds longer to write them out alternating than it did doing them in order. Try it!

Which took longer for you? Which required more brain power?

Conclusion: When we multitask, we end up slowing ourselves down. No wonder we “never have time” to do (fill-in-the-blank). Those ticking seconds get sucked into the black hole of transitioning our attention in and out of multiple stimuli all at once. How exhausting!

Can we always be productive? Absolutely NOT! That’s why I recommend time-blocking a period to do absolutely nothing but waste time, indulge and binge on stuff that has nothing to do with your goals.

Still, I would recommend avoiding the multitasking vice. Watch a movie. Scroll on social media. Read a book. Watch TV. Just don’t do all four (or even two or three) at once.

So whatever you’re doing, do just that. Dive in, focus intently, and be aware of your habits. It can only help.

Leave a comment below and let me know what you struggle with when it comes to multitasking.

Did you find this helpful? Do you need more assistance with staying focused on your priorities? Download my free workbook, Break Through Your Average, here. 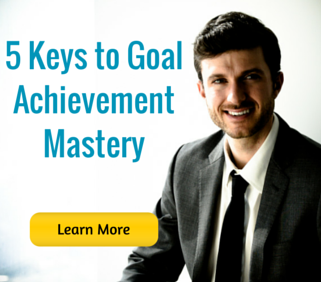